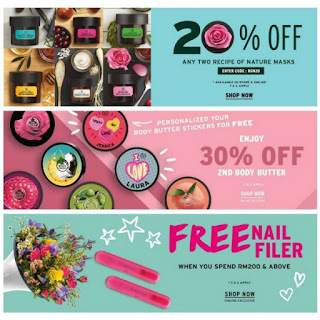 There is 20% off by The Body Shop Malaysia on certain items when you walk into their outlet. Don't miss this chance as you can get a FREE accessory bonanza with a purchase of RM200 nett! T&C applied. 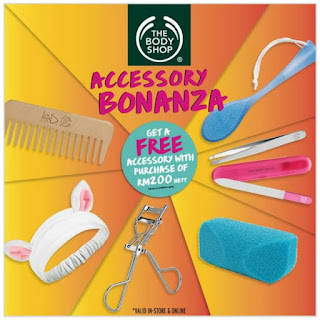 By Aira June 22, 2018
In the year 2000, we can say that western food was the number one choice among the youth. It’s also a famous food among the middle age at that time. However, these influences of the western food culture are becoming lesser over time with the advancement of technology. In 2010, the emerging of K-pop era is shadowing the western era as they emerge while being advertised through the Korean drama and K-pop singer artist that are rising in Malaysia at that time. The Korean world in Malaysia is so famous and they are well-known among the youngsters who have dreams to become like them. In other words, they become idols to most of the Malaysian youngsters. Hence, these epoch brings a new market into Malaysia food market as the demand for Korean food is inclining. With too many Korean restaurants that flooded the Malaysian food market, the consumers will have difficulty in choosing the best one and for Muslim, their big concern is whether the restaurant serves Halal food or not. Most o
4 comments
Read more

By athirahabdulrahim October 24, 2016
Are you going to get married soon? Have you picked the color of your wedding dress yet? You know that wedding ceremony is a joyous occasion which only happens once in a lifetime. So, no wonder if the wedding dress is one of the most important aspects of a wedding especially the choice of colors as it is seen as a symbol and a sign of your marriage. If you're feeling so much depressed to find the wedding dress of your dreams that you think you may be going crazy, don't worry as we're gonna help you out. We give what we can. Do you know that the trend for colorful wedding dress is still ongoing and even gaining ground?According to Relaxnews , colourful element has been chosen by brides today to break the tradition or to convey creativity and originality for their big day. the trend of colors for grey, purple, pink and blue are highly in great demand, this is because brides-to-be are often motivated by the desire to be and look different on their meaningful day. Thi
Post a Comment
Read more