Lets enjoy your meals at Sakae Sushi only from RM15.99

By Nur April 17, 2017
Sakae Sushi Malaysia Value Set Meals are back with more value! 6 sumptuous Japanese sets from only RM 15.99 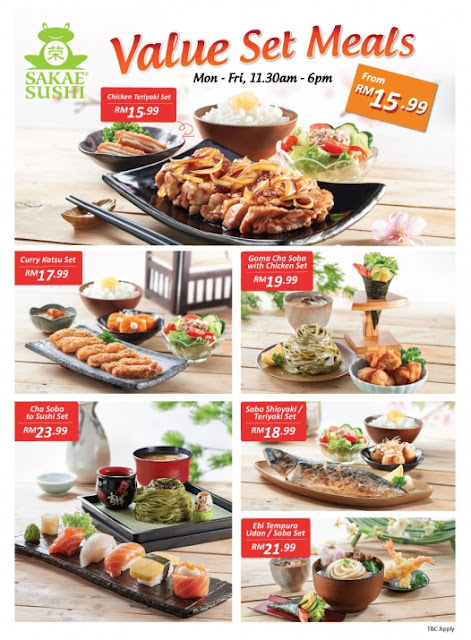 Promotion period: Every Monday to Friday