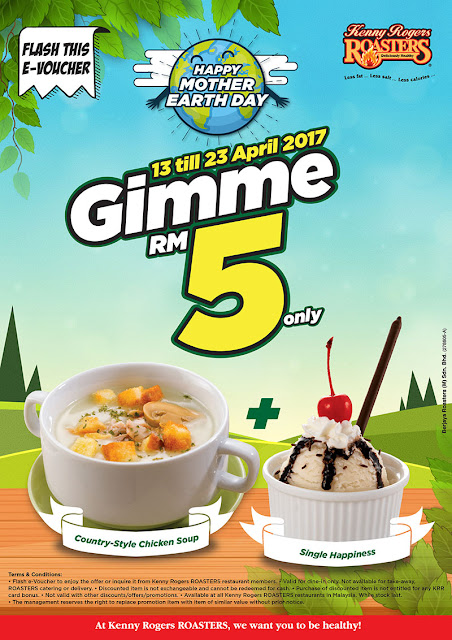 Kenny Rogers Roaster Malaysia is offering you to flash this E-Voucher and enjoy country-style chicken soup and single happiness for RM5 only!

Availability: All KRR RESTAURANTS in Malaysia